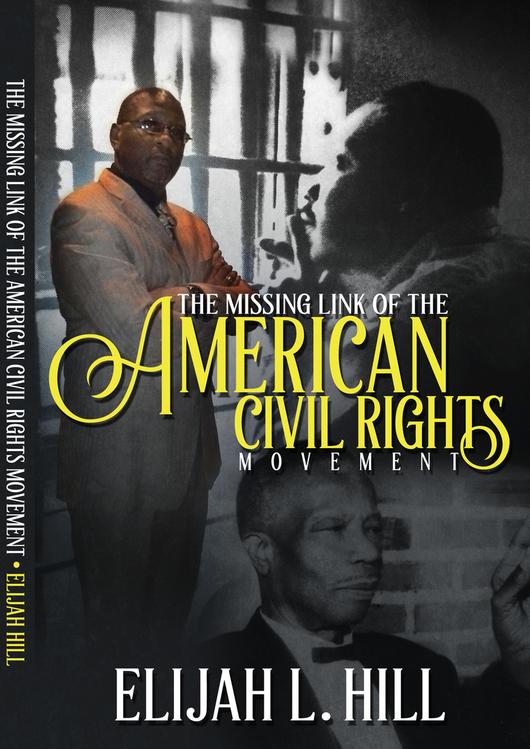 Click on book photo below to order books from Amazon.com 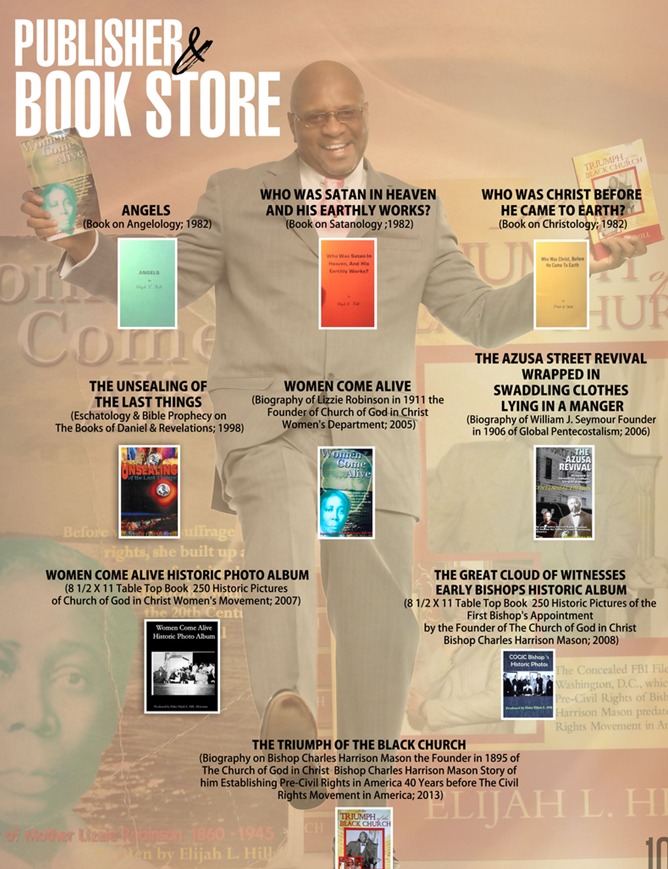 OUR NEWEST RELEASED BOOK, "THE MISSING LINK OF THE AMERICAN CIVIL RIGHTS MOVEMENT."  CLICK THE IMAGE PURCHASE ON AMAZON.COM

The Azusa Street Revival Wrapped in Swaddling Cloths Lying in a Manger Biography of Bishop William J. Seymour Reviewed in "2007"
Thank you so much for the opportunity to review your book, The Azusa Street Revival Wrapped in Swaddling Clothes Lying in a Manager.  I appreciate your succinctly stated purpose: “not simply to tell the history of the modern-day Pentecost, but to demonstrate God’s strategies and reasons for setting a stage that would propel the movement.”  Truly, the Body Christ needs to understand this essentially portion of our history more thoroughly, and I am convinced that you have provided a valuable resource for this purpose.

There are so many priceless truths contained in your book.  I was particularly struck by your statement, “There are times that God gives us access to things in order for us to be a blessing to others, because where God places us is not just about us.”  That truth applies to so many situations on so many levels and is one that many Christians, including myself, need to hear again and again.

I was especially impressed with the Scriptural comparisons you employed in your description of the revival and the people behind it.  Your comparison of Lucy Farrow’s situation to that of Esther is striking “Sometimes that place that God sends you have been preordained so that you can share it with others.”  I was also struck by the comparison you described between Charles F. Parham facing the Peter Struggling with the Gentiles and the infilling of the Holy Ghost.  As you pointed out, God promises to pour out His Spirit on all flesh – no prejudice involved, and because of Parham’s narrow-mindedness he would not be recognized as the father of the movement.
Your comparison of the birth of the Pentecost movement to the Savior’s birth was most interesting!   You remind your reader, so appropriately, “The Lord chooses the foolish things within America’s society to confound the wise.”  I agree with your conclusion that, “the Azusa Street Revival was God’s way of telling the world that all are His children.”

"Women Come Alive" Book written in 2005
Women Come Alive is the biography of Mother Lizzie Robinson (1860-1945) whom Bishop Charles H. Mason tapped in 1911 to assist in the formation of the Church of God in Christ (COGIC). In the era before women in the United States were granted suffrage, Mother Robinson organized and promoted the women’s auxiliary ministries of the fledging denomination and was instrumental in aiding Bishop Mason in thrusting the church onto the world stage.

Elijah L. Hill, the author of Women Come Alive , is the CEO and Founder of Perfecting the Kingdom International COGIC, based in Arlington, Texas. His four previous books, Angels, Who Was Satan in Heaven and His Earthly Works, Who Was Christ Before He Came to Earth, and The Unsealing of the Last Things, dealt with biblical themes. In this volume, Hill turns his attention to the historical contributions of women in ministry and the challenges they faced.

In Women Come Alive, Hill traces the remarkable story of Mother Lizzie Robinson, born Lizzie Smith as a slave on April 5, 1860 in Philips County, Arkansas. From those humble beginnings through opposition and persecution, she rose to a ministry position of great influence in the Church of God in Christ. Hill uses the biblical imagery of Deborah and Barak (Judg. 4:1-5:31) to depict the relationship between Robinson and Mason, the founder of COGIC.

As Hill reports the story, Robinson was given a good deal of latitude in the development of the ministry of women’s groups and other ministries in COGIC, but was always subject to the oversight of Mason and other male leaders in the denomination. In addition to her other duties, Robinson established and led women’s prayer bands across the denomination. Through this prayer ministry, she made a major contribution to the “digging out” of church plants in various cites throughout the nation. Robinson and other dedicated women preceded the establishment of new churches with months of praying for the effort, undoubtedly enabling the successful planting of churches.

In 1916 Robinson and her husband, Elder Edward D. Robinson, responded to the Lord’s leading to establish a church in Omaha, Nebraska. Hill weaves an instructive tale of the founding of what became a “mother” church and the influence that congregation had on the spread of the Pentecostal message around the world.

The story of Mother Lizzie Robinson serves well to challenge both women and men to express full commitment and faith to God’s call upon their lives. The God who provided and protected Mother Robinson will do the same for others. The depiction of male leadership willing to give place to the ministry of God-called women serves as a model for the ongoing ministry of the church.

As Hill presents the story, there are times when the flow of the historical narrative gets lost in the inclusion of extraneous data and preaching points. However, Women Come Alive accomplishes its intended purpose of presenting the tale of a fearless woman who refused to be limited in her response to God’s call. Mother Robinson’s story is worthy of being told among those who are interested in seeing God’s work expand to the entire world.

"The Unsealing of the Last Things" Book written in 1998 on Biblical Prophecy
It is extremely hard to understand the many prophecies of the Bible.
Among the most difficult are the prophecies of Daniel and the entire book of Revelations.  Still, the challenge of adequately extrapolating from the Holy Scripture the hidden and beneficial meaning of prophecies is vitally important.

A more outstanding quest is to diligently produce a concise and easy to understand word about the theology of "last things."  The last things is the theological message upon which Christian thought about the broad meanings of the judgement and after life is predicated.  Prophet Elijah Hill has produced a book that thoroughly examines the coming of "last things" and brings all who would read his book a clarion analysis; and thereby offers the reader thought provoking and spiritual insight into prophecy.

The Bibles records, "For the lack of knowledge my people perish" and on the subject of eschatology people must have faith.  Yes faith,
but to rewrite a biblical axion, faith without understanding being alone is dead.  It is the author's hope that reading and accepting his
interpretations will make more widely accessible some of the hidden things of the Scriptures, and help the reader to live in expectation of
Jesus' returns.

Basically, the reader becomes aware that our time is critically impacted by what the Christian understands.  Prophet Hill interprets the various prophecies that cause even Christians to ponder their meaning.  Make no mistake prophets and their prophecies should be understood.  The understanding of the theologies of last things is essential to understanding the course of modern history, and eventually the end of time.

That is big!  Prophet Elijah Hill's “The Unsealing of the Last Things” is meant to interpret conditions and situations of the times in which these prophecies were written, but also speak to this generation and to particularly call this generation to deeper faith and greater expectation of the soon coming King.

What lies in the balance is a prepared and knowledgeable people.  Prophet Hill has done well with that Habakkuk, the Old Testament
prophet was urged to do, "Write the vision.  And make it plain on tablets, that he may run who reads it.  For the vision is yet for an appointed time..."